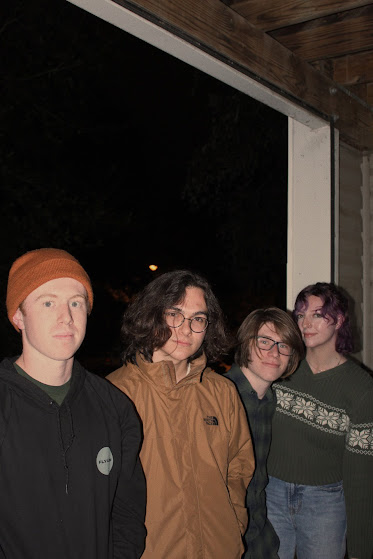 Sakura Pink is a heavy emo band from Charlotte, NC that comes to terms with loss and finds purpose in a world that doesn’t need them.

The project started with writer/vocalist Will Washburn and guitarist Jackson Martin. Drummer/producer Brayden Benkiel-Robinson and bassist Emma Roehl round out the lineup and push the band’s intensity to a higher level.

They are currently the heaviest band on How’s The Pie? Records, pushing against the boundaries of emo and pop-punk, occasionally pulling from influences across the modern hardcore scene.

Sakura Pink has three singles set to release in the near future, with a substantial EP in the works.